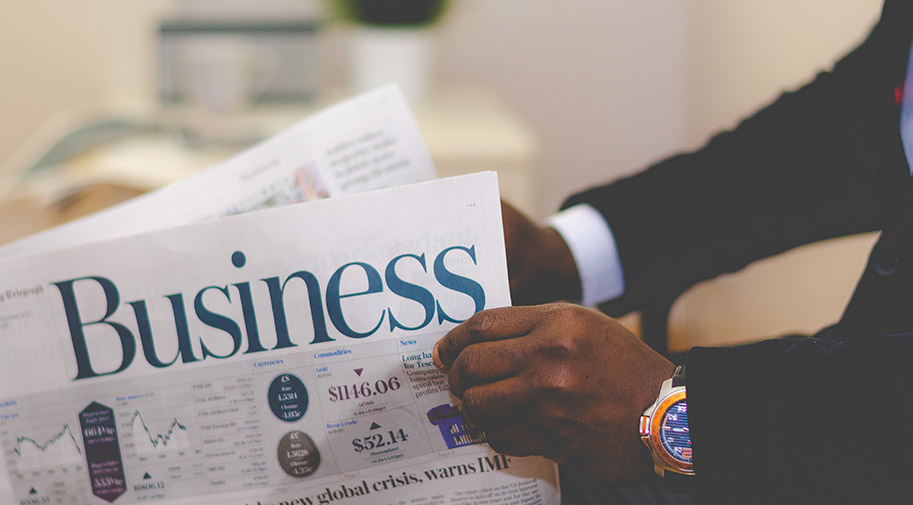 The last post The Architecture of Purpose, described how a strategic plan is aligned with an operational plan in a Business Architecture. The concept of an Outcome was explained as the state-of-affairs for Resources in a business domain. Outcomes are modelled as patterns for the properties of Resources.

This discussion will continue to explore an outcome-based Business Architecture model, beginning with the exercise of decomposing business processes to convert behaviour-oriented models into outcome-oriented models.

In 2007 I was on a quest for an executable architecture when I came across an intriguing article posted on InfoQ by Jean-Jacques Dubray discussing the interesting concept of Resource lifecycles. Anyone who knows the CAPSICUM Framework would recognise how influential this thinking has been. I’ve used his example of the job application process many times in discussions on process decomposition.

Process models are behaviour oriented. They focus on the sequential coordination of activities and the logic that links them. For a generation of business analysts they have provided very useful, clear and structured representations of the decision-making that informs sequential behaviour through extraordinarily expressive notations such as BPMN. Many of the brightest minds in our community in recent times have been staunch promoters of process models and to many people BPM is as close to a religion as you can get with a three letter acronym.

So what are the down-sides of behaviour orientation and why would you need to consider anything different? Who would dare challenge their supremacy and risk incurring the wrath of an evangelistic community with such heresy? Is there anything to be gained from alternative approaches?

I like Outcomes. It just seems so obvious that if you haven’t defined what you want to achieve, there’s no point in defining how you’re going to do it. Kicking off a recent process re-engineering project I was surprised by the strident concern voiced by business stakeholders that by automating their manual activities they were going to be mummified in rigid and inflexible process automation. “We’ll record any information you want, but don’t make us have to follow a process”.

Anecdotal evidence and a sample of one isn’t going to convince anyone, but clearly there have been some bad experiences and not everyone is a convert. Stepping back objectively and compiling a list of some of the negatives, here’s what I’ve come up with:

There are many other well-articulated discussions that explore this question, including the article referred to earlier. So what is the alternative? How do you build an outcome-oriented model and what do we mean by decomposing a process. I will use the example advanced by Jean-Jacque to illustrate the steps.

The following is his BPMN model for a job application process. It provides a concise articulation of business roles (swim-lanes), their tasks and activities (boxes) coordinated by the logic of gateways (diamonds) and events (circles) that connect the boxes. We’re going to decompose this process into more granular, reusable constructs and decouple the logic to make it more accessible for manipulation.

We start by looking for Resources, the things that will evolve in the process recording the outcome states of this endeavour. We know that BPMN doesn’t model things (nouns) it models activities, which are verbs, but they act on nouns. Identifying the Resources in a process model is simply a matter of looking for nouns. In this part of the Recruitment model the activities operate on three core nouns namely a Job Application, an Interview Schedule and a Job Offer before moving on to Hiring. In Step 1 below, Resources are identified in Red.

From the activities carried out each of these Resources we can piece together the Outcome states that represent the lifecycles of the Resources. Outcomes are shown in Green in Step 2 below:

We can now remove the complexity of the rules, events and logic from the model as shown in Step 3 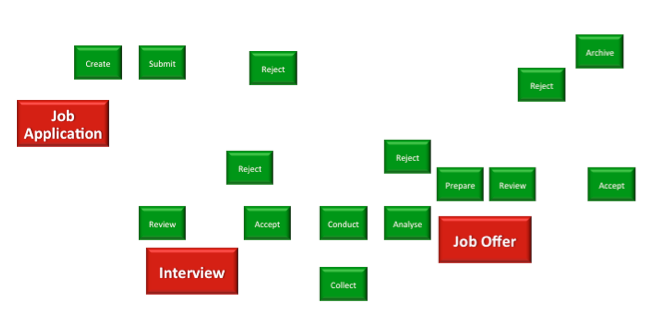 Simply reorganising these states into an inventory of Outcomes reveals a very simple and clear depiction of the Resource lifecycles.

4. Reorganise into an Inventory of Outcomes 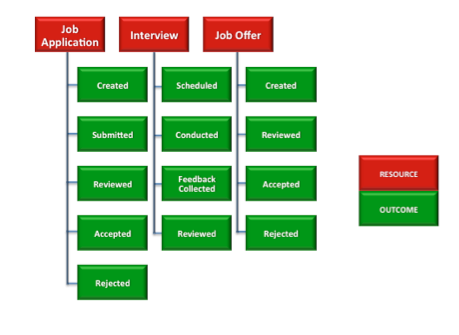 We know already that each Outcome is achieved by an Activity, especially and intentionally designed for that purpose, so can add those in Step 5

5. Attach to the Tree of Undertakings 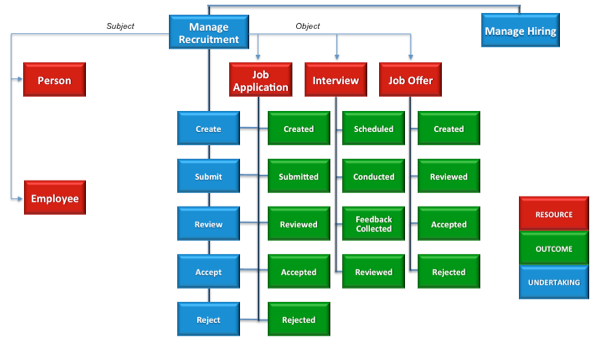 From the swim-lanes we already know which Roles are needed and can deduce the subject Resources (or Parties) that they will capacitate, as shown in Step 6: 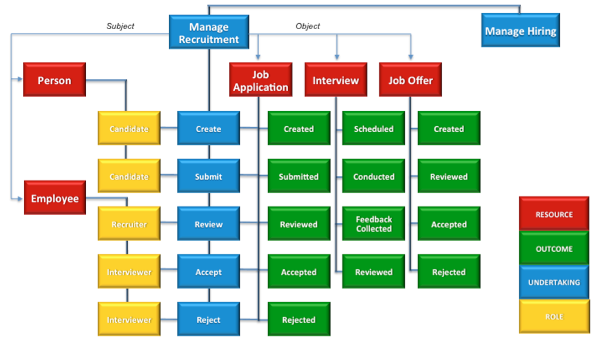 These four constructs comprise the first four cells of the CAPSICUM Framework, with Resources, Outcomes and Roles representing the Domain Model Scaffold. Undertakings are easily grouped into Capabilities and the tree of Capabilities forms the Business Architecture backbone, off of which the models all factored.

The Domain Scaffold cells are highlighted in their respective colours in the CAPSICUM Business View overview below. The uncoloured cells represent additional levels of detail and logic that are incrementally added to the Business Architecture models in the subsequent steps. 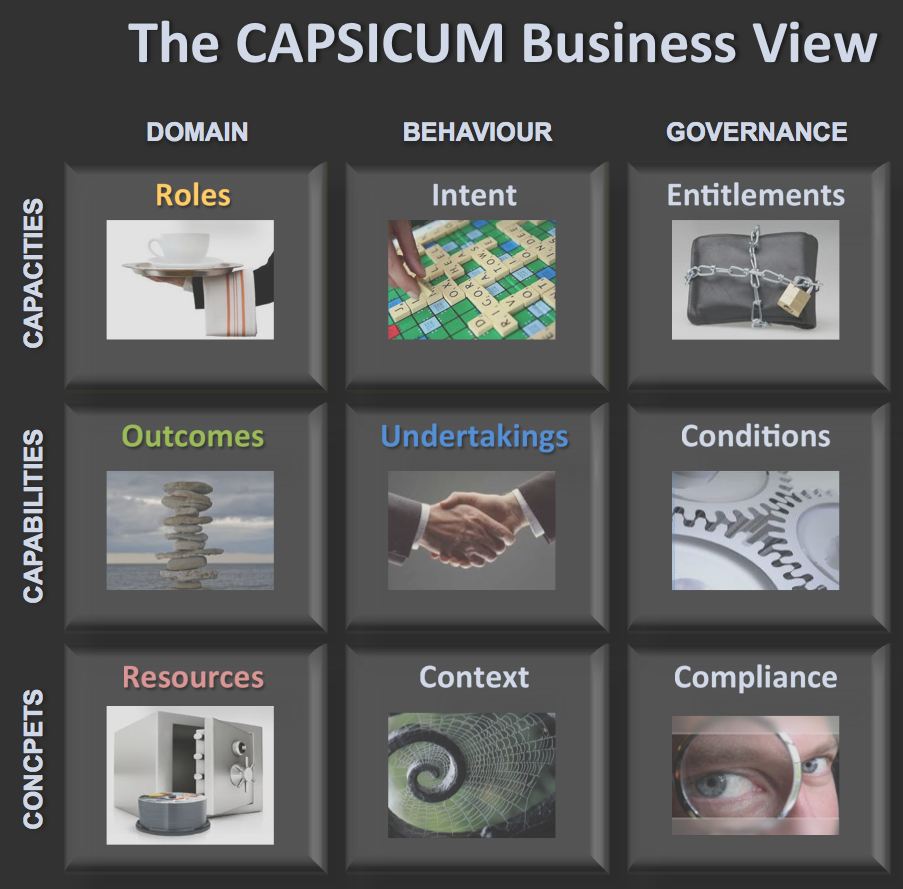 How Business Value Engineering Unlocks the Potential of Digital Transformation 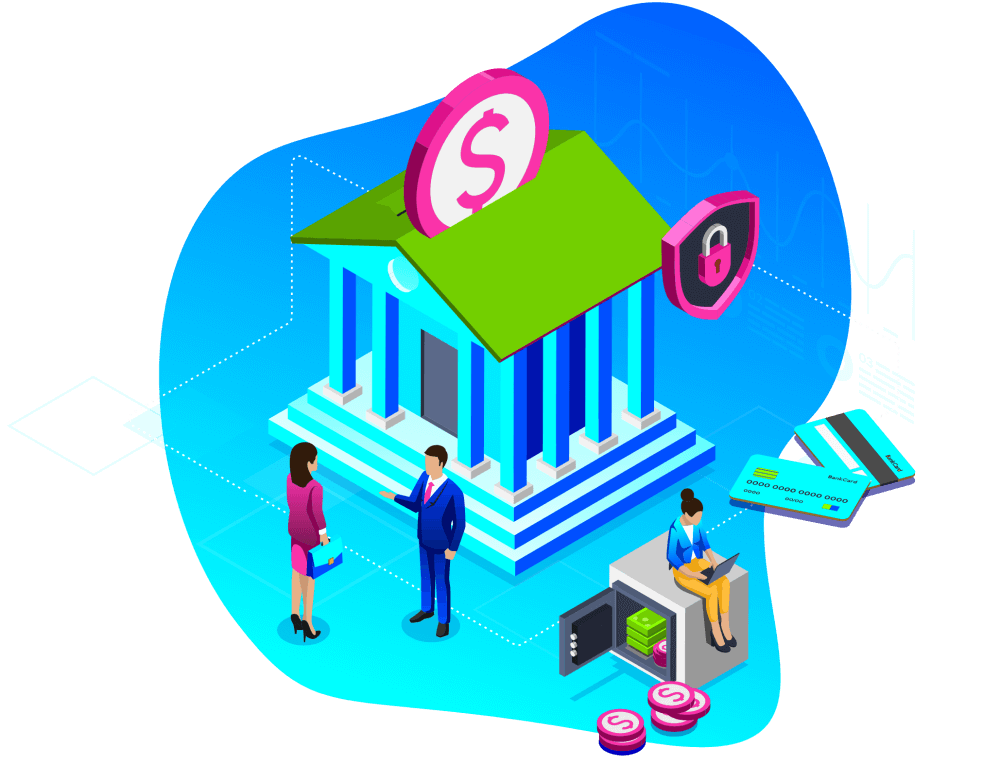 Ready to get started?

We are ready to answer your questions and can’t wait for you to experience our Capsifi Digital Business Platform first-hand. Select one of the contact options and we’ll be in touch with you in no time. 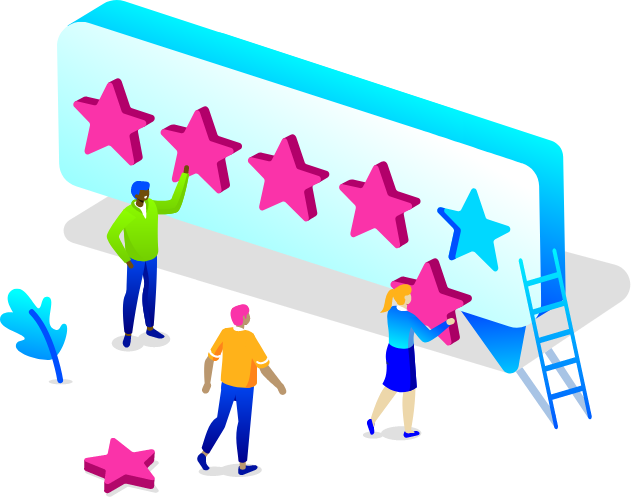